By Cooltura
Posted 18 September, 2019
In Canary Islands, Gastronomy, News
Lanzarote participated in the meeting of the Association of Destinations of Saborea Spain2019-09-182019-09-18https://www.coolturalanzarote.com/wp-content/uploads/logo-cooltura.svgCoolturahttps://www.coolturalanzarote.com/wp-content/uploads/saborea.jpg200px200px
0

A delegation of Saborea lanzarot has participated in the annual meeting that the Association of Destinations of Saborea Spain celebrates on the island of Tenerife.

During the event, the main lines of the action plan of Saborea Spain for this year 2019 were presented, among whose main objectives is to continue advancing in the consolidation of gastronomy as one of the main tourist attractions in Spain.

The development of new communication tools of the association; consolidate the Saborea routes and the celebration of World Tapas Day, both nationally and internationally; influence the presence of Saborea Spain in the destinations of the network with support and exchange actions; as well as incorporating sustainability as a strategic axis for improving the competitiveness of the association are other lines to be developed.

In parallel, Saborea España, formed by the Spanish Federation of Hospitality (HOSPITALITY OF SPAIN), the Spanish Association of Destinations for the Promotion of Gastronomic Tourism, the European Organization of Cooks (Euro-Toques), the Federation of Associations of Cooks and Bakers of Spain (FACYRE) and Paradores de Turismo will continue this year with their work of international promotion through presentations and commercial actions in their priority markets. In addition, next October 3 will be celebrated the 10th Anniversary Gala of Saborea Spain. 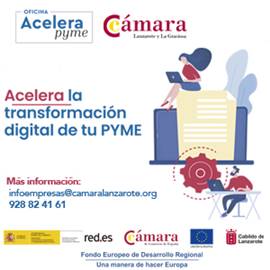