Jason deCaires Taylor: “If an artwork is not causing a public discussion then it is not asking enough questions”

Jason deCaires Taylor is a sculptor, environmentalist and professional underwater photographer. Born in 1974. He graduated from the London Institute of Arts in 1998 with a BA Honours in Sculpture. His permanent site-specific works span several continents and predominately explore submerged and tidal marine environments. His multi-disciplinarily sculptural works explore modern themes of conservation and environmental activism.

A prolific sculptor, he became the first of a new generation of artists to shift the concepts of the Land art movement into the realm of the marine environment. He gained international notoriety in 2006 with the creation of the world’s first underwater sculpture park, situated off the west coast of Grenada in the West Indies. Other major projects include Museo Atlantico(2016), here in Lanzarote, a collection over 300 submerged sculptures and architectural forms, the first of its kind in European waters.

Recently, your work ‘Rising tide’ has been targeted by a political sector. This sector wants to move them away and lock the pieces up. Why do you think they are doing this?
I personally am not sure, I no longer live on the island and do not really follow the politics there or the persona realationships between politicians. However I find it very strange that a very popular artwork which has a direct message about climate change has been targeted in this way by a government that pretends to care about the environment. It is obvious other motives are in play.
It is a shame because the sculptures are critically acclaimed and tie the industrial landscape and MIAC together very well. Some people say that the removal is being done to damage the successes and reputation of the previous government, some people say that the backers of the current government feel these artworks threaten the business of other artworks on the island. I personally do not know.

How do you feel as an artist when politics interfere in the paths of art?
I feel if an artwork is not causing a public discussion or debate then it is not asking enough questions and it has a danger becoming merely decorative. However when I think of artworks being removed or censored for political purposes it reminds me of some of the most basic of societies.

You wrote the 1st of octuber that the real power of Art is to unmask the power through the truth of aesthetics and not through speculation. What can we do, as a society, to prevent this to happen?
I think it very important to fact check much of the information that the media release, since I began the project in Lanzarote I was constantly targeted for political purposes, many lies where told about myself and my work in order to shape a particular political narrative.
I personally think all media outlets should be not be privately owned, should be audited for accuracy and a list of all shareholders, owners and vested interests should be made transparent to the public. 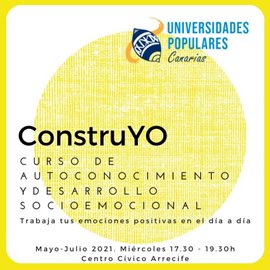 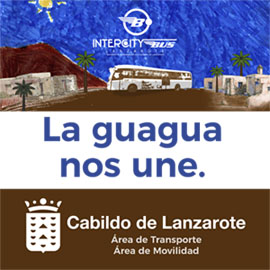