Franito: “To surf in El Quemao yo must be very concentrated all the time”

On 20th October the waiting period for the Quemao Class 2019 opened, which in this, its fifth edition, has a new organizational team led by Franito Sáenz, a benchmark in Lanzarote’s surfing world who has competed at an international level. We met up with him in the coastal town of La Santa where this great sporting event that surfers can only participate in by invitation is held. It is growing in importance every year thanks to the presence of major international surfers who plan their diaries so as not to miss the great spectacle of Quemao Class.

For those who do not know Franito, his relationship with surfing began at the age of 8 when he began to catch waves using his brothers’ windsurf boards. During his summers in Puerto del Carmen, an area where the wind sometimes causes small waves, he began to stand up on the boogie board that his mother gave him, and when he was 10 years old, his father bought him his first second-hand surfboard in the only shop on the island. The boards that were sold at that time were those left by the surfers who had visited the island: English, French and Australian surfers and those from Las Palmas, who were the first Canary Islanders who came to surf in Lanzarote. At 12-14 years old he began to compete and got his first sponsors, and between the ages of 18 to 24 he participated in the European Surf Circuit climbing into the top 16. He travelled to Australia and Indonesia, and at the age of 24, after spending great seasons on the Peninsula, in the area of Sopelana and Zarautz, on the coast of Bilbao, it became difficult for him to continue competing due to the lack of sponsors.

He started teaching surfing at a friend’s school in the north, liked it and so when he returned to Lanzarote he set up the first Surf School in the Canary Islands aimed at children. He has now been running his surf club for more than 20 years and has organised European junior championships in the municipality of Teguise, in 2015 and 2016, within the professional surf circuit (WSL).
The championship has some special characteristics that mean it doesn’t have a fixed date, but rather establishes a waiting period from 20th October to 31st March. During this time, daily weather forecasts are consulted until the time arrives when it can be guaranteed that the wave will be in peak condition. All participants are summoned one week in advance and all the preparations for the championship are finalised. But even up to 5 days before, everything could be cancelled if the weather forecast changes.

One of the main attractions of the Quemao wave is that it is at the level of the famous Pipeline waves in Hawaii or Teahupoo waves in Tahiti. It is a capricious wave that forms very powerful and dangerous tubes, that breaks over a rocky bottom and that on its best days is only suitable for experts. The event attracts great international surfers who compete in two categories – bodyboard and surfboard, and who in turn, become the best ambassadors of the competition. There are 32 athletes in each category who have previously formalised their registration and confirmed their attendance. There is also a waiting list of at least 15-20 more surfers in case any miss out due to injury or to being involved in another championship.
Among the surfers who will attend this year’s Quemao Class are Aritz Aranburu (a Spaniard who has been placed in the top 35 in the world), Jonathan González and Gony Zubizarreta. The international presence is very varied, with brothers Makai and Landon McNamara and Josh Moniz of Hawaii, Marc Lacomare, William Aliotti and Benjamin Sanchis of France and Alex Botelho of Portugal, among others. The Canarian participation is very important, since the surfers know this wave very well and, in theory, they start with this advantage over the visitors. Teresa Miranda and Alexandra Rinder (Tenerife) will be the female representatives participating in the bodyboard modality.

It is important to emphasize that the competition has a great international following on social media, and the fact that the majority of these surfers have profiles with between 20,000 and 70,000 followers contributes to this. Once they confirm their inscription in the championship, participants are required to post to their social networks the fact that they have been invited to the Quemao Class. Franito has competed in previous editions of the Quemao Class and tells us that this year he has chosen to be on the waiting list because he has a lot of responsibility as organiser and the demands of a wave of these characteristics requires a huge level of focus and intense preparation in the days before.

Lanzarote has established itself as an international surfing destination over the last 15 years and being the most northern island in the Canary Island archipelago, it is the one that receives most waves throughout the year. It has many spots for all levels, from the magnificent Playa de Famara for beginners, to more demanding waves on a rocky bottom for more experienced surfers. The possibility of surfing on beaches with strong waves, tubes, and clean, crystal clear waters attracts large numbers of surfers who come not only to Lanzarote’s schools, courses and camps, but also independently to enjoy their holidays. 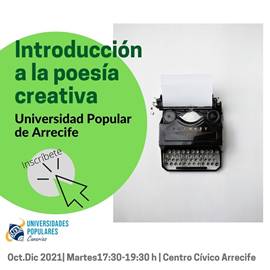